If you’re in a happy relationship, you’ll be familiar with the days when your cheeks hurt from smiling too hard, and the days when all you want to do is stay cuddled up on the sofa with your man.

Still, there’s no denying that not every day is like that. All relationships have their challenges.

It can be something small, like arguing about what restaurant you should eat at, or a bigger issue, like whether you should move in together.

If you’ve been with your boyfriend for a while, it’s likely that the topic of when you should move in together has popped up somewhere in a conversation.

Maybe your boyfriend was all for it, and you weren’t so sure, or maybe you thought it was a good idea at first but now you’re having second thoughts.

When you and your boyfriend aren’t on the same page about a big life decision it can cause a lot of tension.

How do you navigate the issue of not being ready to move in with your boyfriend?

In this post we’ll go through exactly what you should do if your boyfriend is pressuring you to move in and how to tell him you’re not ready.

Have An Open Conversation With Him

You might be tempted to keep your feelings to yourself.

This is usually because you’re nervous, you don’t feel confident that you’ll express yourself properly, or you don’t want to hurt his feelings.

But unfortunately your boyfriend isn’t a mind reader, so you’re going to have to tell him directly that you’re not ready to move in together.

Communication is so important in a relationship. Believe it or not, your boyfriend might be pressuring you to move in with him because he doesn’t actually realize that you don’t want to.

There’s a science to having healthy conversations with your boyfriend, here are two tips to make sure it goes as smoothly as possible.

Pick a good time and place

You should choose a neutral place that you are both comfortable in. If the two of you are relaxed, it will be easier to have a calm productive conversation about the issue.

Some good ideas are your favorite café, a nearby park, or in a restaurant over dinner.

Also, make sure to schedule a time when both of you are free to give your completely attention to the conversation.

Pick a time that doesn’t clash with any other obligations either of you have. You don’t want your boyfriend checking his phone every two seconds while you’re trying to have a serious conversation!

Really listen to what he has to say

Your boyfriend might be putting pressure on you to move in together because of a misunderstanding between the two of you.

While his moving in might not be of interest to you at the moment, your boyfriend likely wants the best for both of you.

Listen to his reasons for wanting to move in together.

Make sure you let him know that you understand him, his fears, and his hopes.

Listening to what he has to say doesn’t necessarily mean that you must go with what he wants. It just shows that you’re not selfish and that you can see things from his point of view.

Prepare In Advance What You Want to Say

Talking to your boyfriend isn’t rocket science. It should be easy and casual.

But when it comes to conversations like this, you need to have some sort of idea of what you’re going to say.

Thinking about what you want to say beforehand will ensure that you get all your points across and that you don’t get sucked into an argument.

Planning what you are going to say to your boyfriend can be difficult, especially when you can’t quite put your finger on why you don’t feel ready.

Here are some points you might want to touch on.

Find a way to make your boyfriend understand that even though you don’t want to make the move with him now, it doesn’t mean you won’t be ready in the future.

Whether your reason is school, your career, or your need for independence, explain to him why you just aren’t ready now.

Here are some examples of how to tell your boyfriend you’re not ready to move in with him:

“I can’t wait to move in with you, but I’m just not ready yet”

“I know you want us to move in together, and I want that too, but I don’t think now is the right time”

You can move forward with your relationship in other ways

It’s important to have a conversation with him and make him aware that living separately doesn’t make a relationships less serious.

There are many ways to take a relationship to the next level and show commitment. For example, you can work on building emotional intimacy, meet each other’s extended family, or take a long trip together.

Here are some things you could say:

“I don’t feel ready to move in together yet, but we can move our relationship forward in other ways”

“I love you and I want to be with you, but I think we are rushing into moving in together and I’m not ready”

“I need you to know that I’m fully committed to our relationship and I want to be with you. I’m not ready for us to move in together, but that doesn’t mean our relationship isn’t developing and progressing”

You want to become your own person first

You might be still a student, fresh out of college, or early into your career. No matter where you are in life, it’s okay to feel like you still need to grow as a person.

This could be deciding on your values, figuring out what you want to do with your life, or just wanting to have the freedom to move to a different city if you feel like it!

Tell your boyfriend that as much as you love him, you still need to work on finding yourself before deciding to move in with someone else.

Try to make it clear that there’s nothing wrong with him or your relationship, you just need to work on being the best version of yourself first.

Here are some examples of what to say to your boyfriend:

“I see my future with you, but I need some time to work on myself before we move in together”

“I love you but I need to know exactly who I am, and who I want to be, before we move in together”

“I’m more than happy in our relationship, but I think it’s important that I grow as an individual before we move in together”

You are an adult, and you’re responsible for the choices you make. Nobody should make you feel guilty for going with your gut and making the right decision for you.

Think about it, if your boyfriend truly loves you, as much as he might want you to move in with him, he’ll be able to see things from your point of view and respect your decision.

If he doesn’t, then it’s not your fault.

As long as your choice feels right to you, stick to it.

Agree to move in together

Moving in with someone needs to be your decision. It shouldn’t be forced, and you shouldn’t be coerced into doing something you don’t want to.

If you’re not 100% sure that you want to move in with your boyfriend, don’t.

– It can lead to resentment

– You could lose your independence

Moving in with a partner is a huge decision that requires a lot of thought and consideration.

You might be feeling pressure from your boyfriend, or from family and friends, to move in together.

But it’s okay not to feel ready to move in with your boyfriend.

Here are five reasons why:

– Not moving in together doesn’t mean breaking up

– It gives you time to work on yourself

– It makes seeing each other more special

It’s a big red flag if your boyfriend is pressuring you to move in with him, especially if you’ve already said no.

It’s completely okay to tell your boyfriend you’re not ready to move in together. You shouldn’t be pressured into making a decision you might regret later.

If your boyfriend is pressuring you to move in with him, you need to ask yourself if he is the right person for you.

Your twenties should be about finishing school, going out, spending time with friends, family, your boyfriend, and gaining life experiences.

If you eventually decide to move in with your boyfriend, it should be because you’ve weighed up the pros and cons, and you feel completely comfortable with it.

If you’re feeling unsure, you need to tell your boyfriend you’re not ready to move in together. 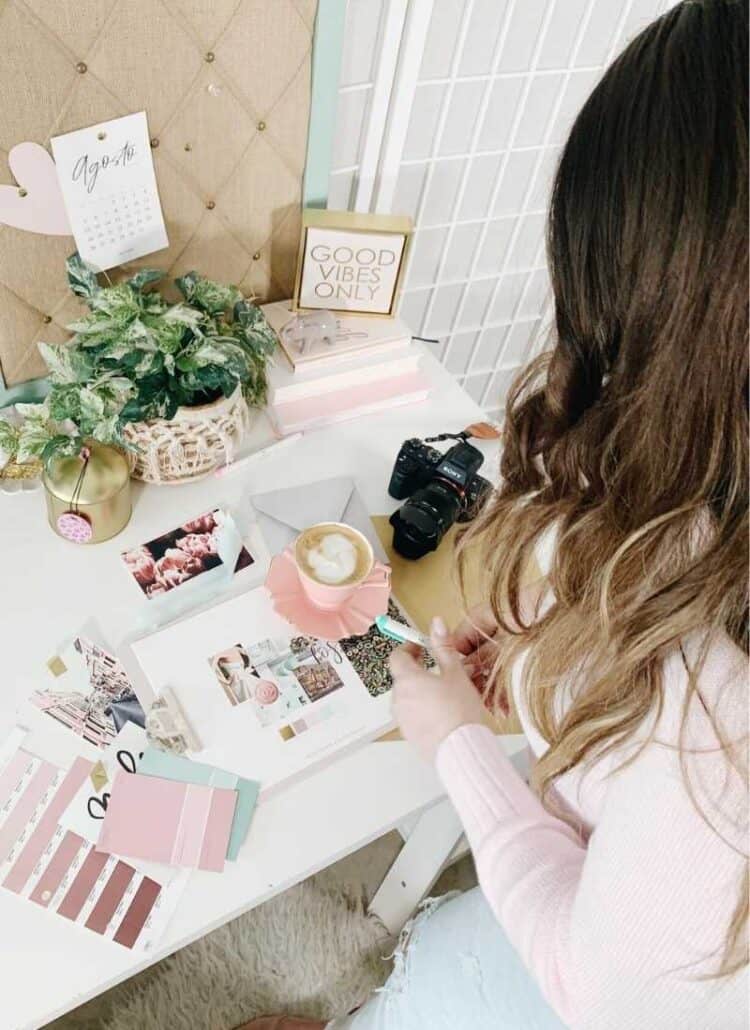 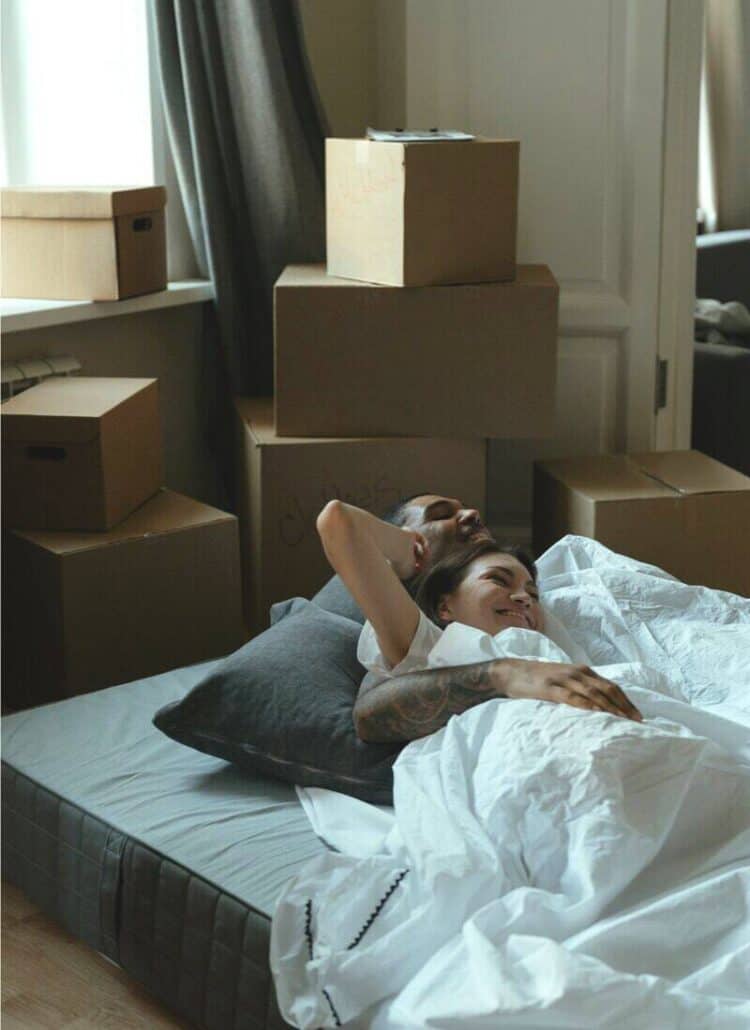 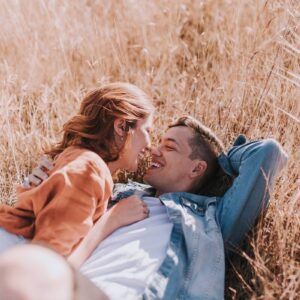