Trying to calm someone down can be difficult at the best of times but trying to calm your boyfriend down over text is even more challenging.

Usually when someone is upset we use words, tone of voice, facial expressions and physical touch to comfort them.

However, you might be in a situation where you can’t be physically beside your boyfriend or talk to him on the phone so you need to try and calm him down over text.

Because communicating through text message can be tricky you need to be careful that you don’t make things worse by saying or doing the wrong thing.

Your boyfriend might be stressed, upset or even angry, and depending on which it is you are going to need to use different tactics to calm him down.

This guide will help you to calm your boyfriend down over text and gives real life examples of things you can say to him to make him feel better whether he is angry, upset or stressed.

You can’t do much to help if you don’t know what the issue is.

You might think you know why your boyfriend is angry but it’s important not to come to any conclusions on own own. Making the wrong assumption about why he’s feeling a certain way may make the situation worse.

You might unnecessarily get upset if you think he’s angry because of something you’ve done or you’ll make him more angry because he’ll feel like you don’t understand him.

If you think he’s angry you should be direct and ask him why he’s angry over text. You could say something like:

“It sounds like you’re not having a good day, do you want to tell me about it?”

“Hey you seem angry, did something happen?”

“Hey babe, you don’t seem in the best mood, is everything okay?”

2. Listen and validate his feelings

Often just sharing your frustrations with someone else who agrees that you have a reason to be angry will make you feel a lot better.

If your boyfriend seems to want to talk about what happened and vent over text allow him to do so. You can do this by asking follow on questions so that he can give you more details.

Its also important to validate his feelings by letting him know that you understand how he’s feeling and that he has every right to be angry.

By validating your boyfriends emotions it shows that you feel empathetic towards the situation which will usually help to calm him down quite a lot.

Here are some examples of texts you could send him:

“Awh, I’m so sorry that happened, that would make me mad too”

“You have every right to be angry”

“I completely understand why you’re so angry”

If your boyfriend is angry because of something you’ve done then the quickest way to calm him down over text is to apologize.

Technically you might not have done anything wrong, he might have taken something you said out of context or misunderstood what you meant, but even so, you should still apologize.

The key is that you calm him down.

Its difficult to explain yourself over text, especially when someone is angry, so the best thing to do is to acknowledge that he is feeling angry and apologize.

When you apologize you don’t have to say that what you did (or didn’t do) was wrong, you are apologizing for how what you may or may not have done is making him feel.

“I didn’t realize what I said could have been taken in that way, I’m sorry”

“I’m sorry, I didn’t mean to make you feel that way”

“I can see why what I did made you mad, I’m really sorry”

Complaining has a bad reputation but its not always a bad thing to let your feelings out.

When your boyfriend is stressed allowing him to vent will help calm him down.

If your boyfriend has been holding in stress, letting it out will provide him immediate relief. It will also help him to process his emotions which will make him feel better.

Another benefit of talking about what is stressing someone out is that it can give them a fresh perspective on the issue and either help them come up with a solution or make them realize that’s its not something that they should be stressed about.

However, make sure that you’re not the one trying to solve all your boyfriends problems. Sometimes stress is irrational so allowing him time to vent and to work things out himself is the best way to help him calm down.

Here are some examples of texts you could send him:

“Do you want to tell me about it?”

“Awh no, what happened?”

If your boyfriend is super stressed out, another way of helping him to calm down through text is to be positive.

It’s human nature to spend more energy and time on the negatives than the positives.

If your boyfriend is stuck in a spiral of negativity it will stress him out even more and prevent him from calming down.

You can help him over text by reminding him of the positives, what the sliver lining of the situation is or even just that the way he’s feeling isn’t going to last forever.

Here are some examples of things you could say:

Using humour is also a great way to take your boyfriends mind off how he is feeling.

If you can make him laugh or even just smile over text it will release endorphins and dopamine which help to reduce stress hormones in his body.

You know your boyfriend best, try to bring up something funny that happened when you were together or an inside joke that the two of you have, it will making him feel a lot more calm.

3. Encourage and try to motivate them

Words of encouragement can work wonders to calm your boyfriend down through text when he’s stressed.

By being your boyfriend’s personal hype-woman you’ll help to increase his self-confidence and keep him motivated.

You support will help him to feel like to he can overcome any situation and get through hard times that aren’t within his control.

Make sure to cheer him on, remind him of how awesome he is and use lots of words of affirmation to help calm him down over text.

1. Give him some space

It can be really difficult to leave your boyfriend alone when he’s upset.

You just want to figure out exactly what’s wrong so that you can make him feel better.

However, sometimes the best thing you can do is to give him some space.

Some people prefer to be alone when they’re upset. Men especially can find it hard to share their emotions because they’re not as used to doing it.

Your boyfriend probably has a lot on his mind and if he is going through something personal he might need some time alone to process things before he can open up to you.

If he doesn’t seem to want to talk about what’s making him upset, maybe he’s dodging your questions or not replying to your texts at all, you need to be patient let him talk to you when he’s ready.

2. Be there for him and let him know it

Your boyfriend might not be ready to discuss the situation or his feelings yet and that’s okay.

However, when people are upset and going through something they often feel very isolated. So it’s important to let him know that you’re there for him and that he doesn’t have to go through it alone.

If your boyfriend is upset you should text him to check in on him so that he he knows he has your support, even if he doesn’t reply.

It will still calm him down to know that you are just on the other end of the phone if he needs you.

You can also remind him of the positives, let him know you’re thinking about him, tell him you’re proud of him and ask him what he needs from you right now.

“I’ll always be here whenever you want to talk”

“I’m proud of you for working through this”

“I hope you know I love you”

When your boyfriend is eventually ready to talk you can help to calm him down by being empathetic and showing that you are really listening to what he’s saying.

Often when we are trying to help someone we dive straight into problem solving mode.

But when your boyfriend is upset you shouldn’t rush to offer advice or find a solution.

Just allow him to talk and encourage him to open up by gently asking questions over text.

Here are some examples of what you could say:

What To Do When Your Boyfriend Is Lonely 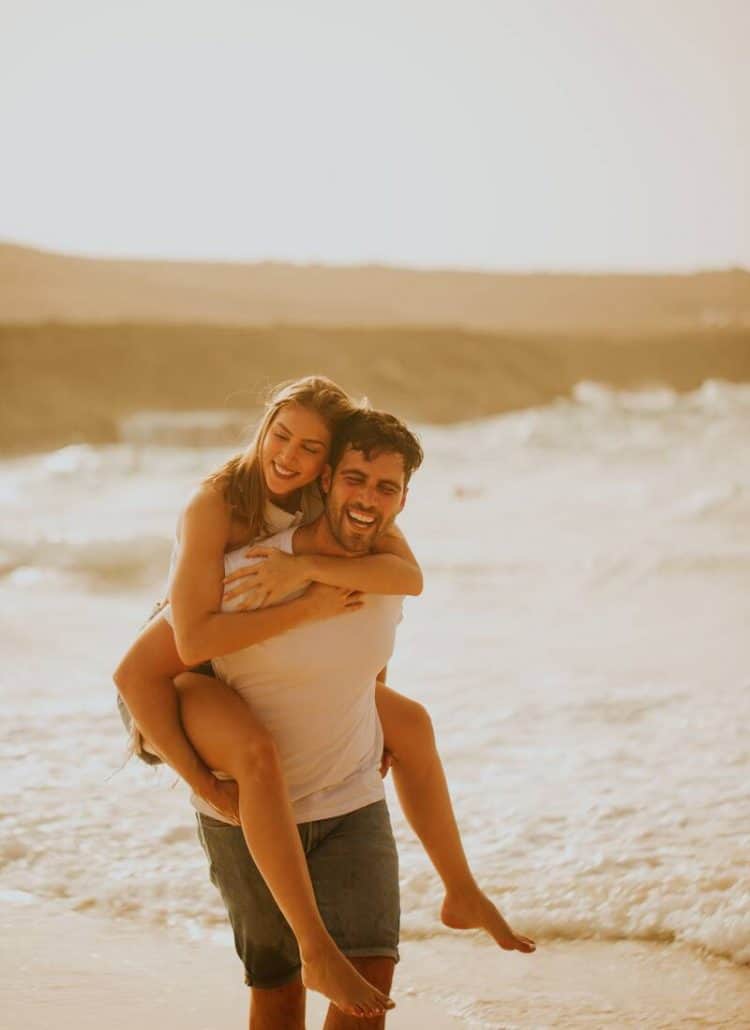 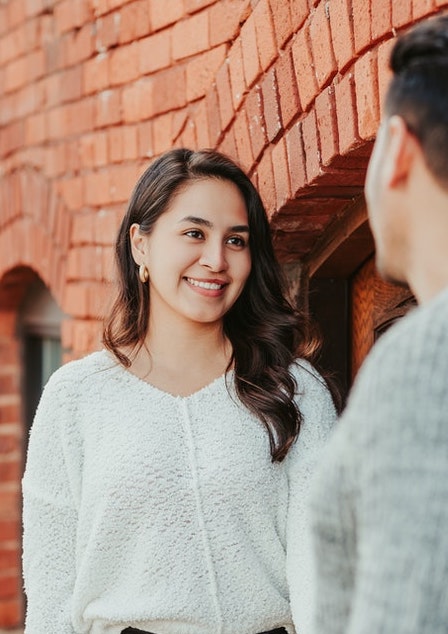 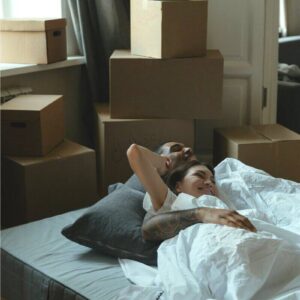